What’s at the Port Elizabeth Airport?

The Port Elizabeth has a number of hotels that are present on or close to the airport. You will also find shops and restaurants through the terminal. There are local taxis that supply the ground transportation. There is plenty of parking areas at the airport as well as various car rental companies. 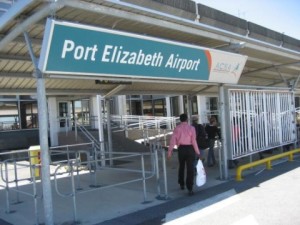 The Port Elizabeth Airport sits at an elevation of 226 feet above the mean sea level. The airport is equipped with two asphalt paved runways, 13 aircraft parking bays on the apron and the terminal building measures 8700 square metres. In June 2004, the modern terminal upgrade was completed which meant that the airport is able to handle up to 2 million passengers each year. The planning for the 2010 FIFA World Cup saw that runway 08/26 would be extended from 1980 metres to a massive 3000 metres, so that the airport would be able to accommodate the international flights that would be coming in however this planned upgrade to the airport never happened. The Port Elizabeth Airport is also used as an Air Force station and is the home to the C Flight of 15 squadron of the South African Air Force. It is a helicopter unit that has the primary task of maritime and landward search and rescue operations. The airport also has a branch of the South African Air Force Museum. 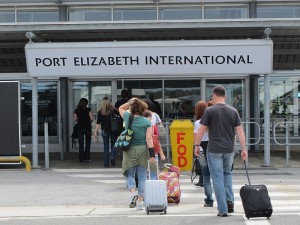 What Flights and Car Rental are available from the Port Elizabeth Airport?

Airlines that operate out of the Port Elizabeth International Airport include Mango, South African Airways, South African Express, Flysafair, Airlink and Comair. These are low cost and full service airlines. The difference between the 2 is that low cost airlines do not offer first class seating and an inflight meal. To get an even cheaper flight, the airline Flysafair can be used which does not include checked luggage in its ticket price. This need only be added if it is really needed. Else, you would score a cheaper flight if you can make do with the 7 kilogram carry-on limit.

Finding flights to or from the Port Elizabeth International Airport can be handled with ease through the flight booking engine found on our website. This search engine can be utilized by entering in your dates of travel, along with location and number of travellers. With this small bit of information, you would be given all flights which still have seats available. From this list you can go ahead and choose the flight which appeals the most to you. It could be the cheapest flight if you are just looking for a fast means of getting from one city to the next. It could be on an airline where you would be treated with the full air service. Alternatively, it could depend on the time of day which would best suit your plans.

Checking into your flight at the Port Elizabeth Airport can be done online or at the airport itself. The check-in desks open for a specified period before closing a half hour before the flight departs. The staff here will take care of check-in on your behalf which would include selecting your seats on the flight, sending your luggage through and printing your boarding pass. The online option is open for those who have the means of handling this on their own. It is open from around 24 hours before the flight departs and can be accessed through your flight airline's check-in portal. You can then go ahead and select your seats and print your boarding pass. Your luggage would need to be dropped off at the specified point at the airport. The onus will be on you to ensure that is arrives on time.

The final part of taking a flight at the Port Elizabeth Airport would be passing through a security check before boarding your flight.

Once you have arrived at the Port Elizabeth International Airport, you would need to have ground transport to get around. Port Elizabeth car hire is usually the choice many visitors go for, due to the convenience of having instant accessibility to a private vehicle. With notable names, the likes of Avis, Hertz and Bidvest, there is variety in terms of rental company for those who want to make use of Port Elizabeth car hire during their time in this lovely city. Getting your car hire done directly at the Port Elizabeth Airport holds that distinct advantage of having your transport arranged right from the point you land in the city. All of the car rental companies based at the Port Elizabeth International Airport can be accessed through a single portal. This would be the car rental search engine found on our website. With this facility, you would no longer have to go through the Hertz or Avis sites separately to have a look at vehicles you may hire. With the search engine, you would just have to enter in the basic details of your trip. These are the city and branch location which in this case would be the Port Elizabeth International Airport along with the dates of your trip and time you would need to pick up the vehicle. These few details will then allow the search engine to pull up all of the cars which can be rented for the time that you have requested. Details of each result will lay out specifications of the vehicle and the rates per day. There is no obligation or payment required in using the search engine. You need only proceed with the booking upon finding a vehicle that suits your travel needs in Port Elizabeth. Your selection could be from Avis at Port Elizabeth Airport, simply because they are currently having a special on a vehicle group which is just too good to pass up. It might mean going with Hertz because they do not impose driving restrictions based on age and just require that you be licensed.

Use of the search engine is done in several steps. The first, of course, would be the search itself. The second would be selecting a vehicle for you to rent out. Brands will differ across the rental branches but the models are more or less the same? They are hatchbacks, sedans/SUV, vans, and minibus

The third would be adding any side products to your Port Elizabeth car hire which you may deem worthwhile to your rental. These are GPS, child safety seats, bike racks, trailers insurance and waivers and hand controls.

The forth step would be filling out details and making payment. Once you receive the confirmation via email, the vehicle will be confirmed for your use when you arrive in the city. Ensure that you provide your identification which must correspond with the information that you have given during online booking. Drivers Permits must also be provided. International drivers will have an easier time of being processed if an International Driving Permit is produced as proof. Finally, the credit card must also be provided. Since much of the admin has been done online, renters need spend just a few minutes at the branch for this and the inspection of the vehicle before driving off. You would return the vehicle you have used for your Port Elizabeth car hire at the date and time agreed upon and then make your way to your flight.